This year I was privileged to attend the largest FinTech conference in the world. It is called Money 20/20 and is located in the heart of the desert - Las Vegas, NV. It is attended by large tech companies like Google and Amazon as well as banks such as Chase and Bank of America and rounded off by smaller companies such as Divvy and Comecero. The larger companies host meeting rooms where they can meet and network, educational sessions are held on multiple floors of the Sands Convention Center, and a vast exhibit hall allows hundreds of companies to put themselves on display for nearly 11,000 attendees. Over the course of 4 days companies and individuals somewhere in the FinTech ecosystem network and connect. 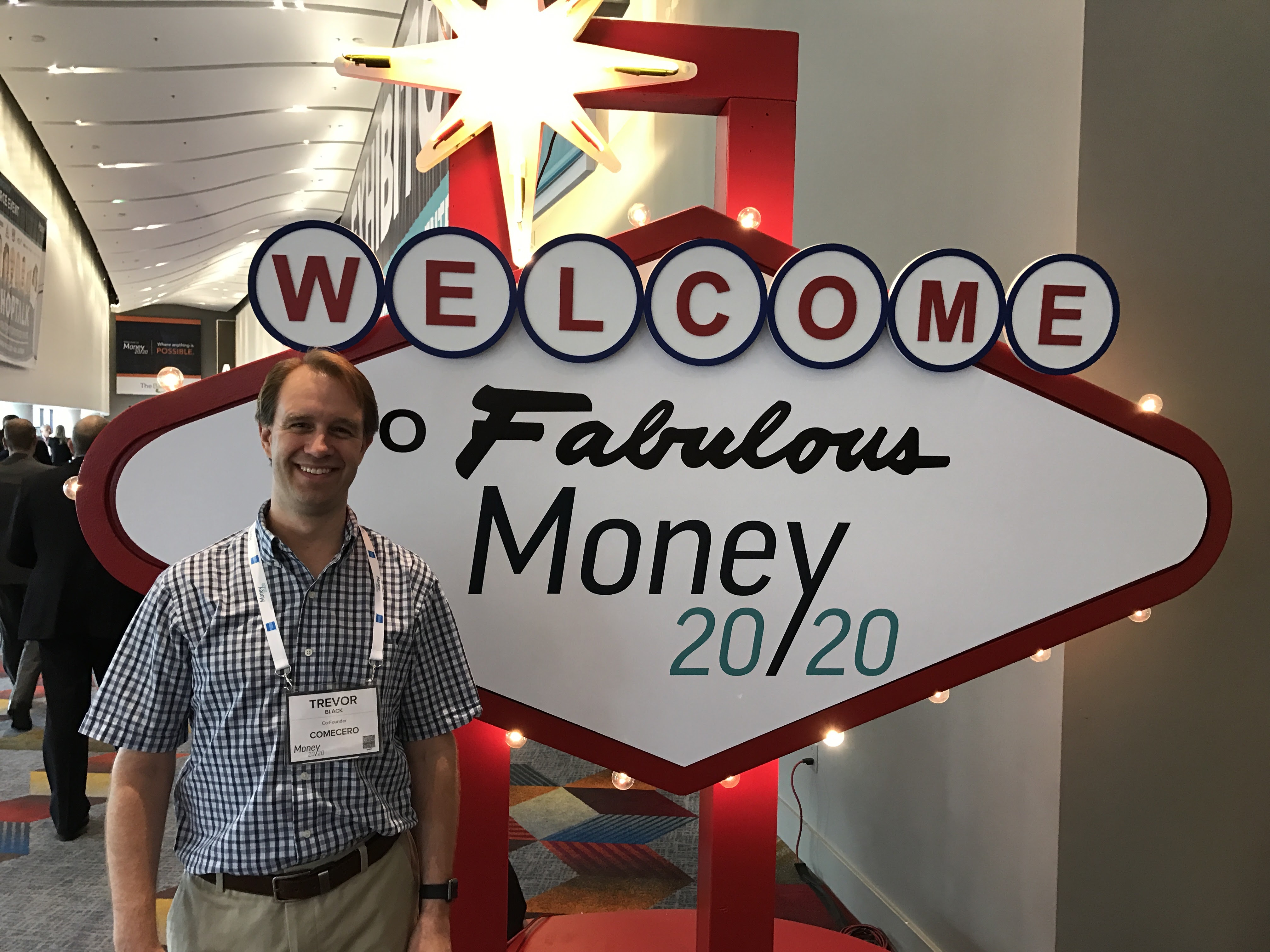 There were a couple themes running through the conference this year - invisible commerce, the wallets, and social commerce. Allow me to share my thoughts on what was discussed.

Invisible Commerce - this was a term that came up multiple times but it was best described by the head of a company that grew up in Egypt. When he was a kid he would walk into the local market where the shop owner knew his family. He would pick up what was needed and walk out without paying. It wasn't that the goods weren't paid for, that just happened outside of his shopping experience as things ended up on a tab and were settled up later by his parents. Using technology, hopeful individuals are eager for us to get to a similar state in the future. That leads us to...

The Wallets - In the U.S., when we talk about a wallet PayPal is probably the name that comes to mind. Increasingly it might be Android Pay or even Apple Pay. The credit card companies are invested here with their own solutions - Visa Checkout, MasterPass, and Amex Express Checkout. The fear of course is the dilution of their brands if no longer present when a customer is paying. By using a wallet and having your card information securely stored making it easier to pay is part of the technology leading towards invisible commerce.

Social Commerce - Considering that the majority of time spent on the internet, increasingly accessed via mobile devices, centers around social sites such as Facebook, Twitter, Instagram, etc. the idea around social commerce logically arises. How can we sell stuff on these platforms? Either between the users or from other online retailers? In a session dedicated to this topic it was wisely pointed out that simply adding a BUY button within a platform - Facebook or even Pinterest - does not drive a sale. The goal for most users on social platforms is not to buy stuff but to share and consume information. It makes sense then that the rush to commerce enable Facebook, Twitter, and Pinterest is not the revenue nirvana early retailers are hoping that it would be. That certainly won't stop the effort however as just today the LA Times published this - Instagram wants to be a place where people go online shopping.

In addition to a list of action items of people to follow up with and companies to contact, here are two other takeaways from the show:

Trying Visa Checkout's Virtual Reality shopping was a great experience as I was able to purchase tickets to a concert while virtually exploring the stadium where this hypothetical concert would take place. I can see a company like Ticket Master investing in this type of VR shopping experience. It had a gaming element to it but also seemed useful to see how a stadium is laid out and where your seats would be relative to the stage. The up-sell at time of purchase for concert swag such as a souvenir program and t-shirt was well implemented. A key here of course is the reduction of effort in the actual payment process which Visa Checkout cleverly wired up to your voice saying "Visa Checkout" to consummate the transaction using your stored card information.

Will certainly attend Money 20/20 next year as we press forward into the future of what commerce will be.